This approach, outlined in the Five Year Forward View, puts people, families and communities at the heart of health, care and wellbeing. It encourages people to speak with staff about what is important to them, helping to develop a shared understanding of what matters to them.

The new framework, commissioned by Health Education England, helps workers communicate meaningfully both verbally and non-verbally, tailoring the care and advice they give to suit peoples’ needs. It supports individuals to better manage their own health and wellbeing through bespoke care, planning and support. Where appropriate, the framework encourages shared decision making, outlining all reasonable options and ensuring that all information is personalised, accessible and useful.

The King’s Fund has previously highlighted the fact that addressing waste and variability in clinical work can create better value in the NHS. But what does value mean to people working in the NHS – and how it is being applied in practice? | The King’s Fund Blog

‘Value’ sounds like a familiar concept but it can mean different things to different people. One definition of value in the health and care sector is ‘health outcomes per dollar spent’, so attempts to increase value can look at either improving quality or reducing cost.

In early July we held a roundtable discussion with health service providers to better understand their approach to value improvement – initial research for a new project intended to understand the practical barriers and challenges that frontline clinical, operational and managerial leaders have encountered in pursuing better value health care. Experts who attended – including a chairman, chief executive, chief nurse, deputy chief operating officer, change leader, and representatives of national bodies – agreed that the emphasis should be on patient care. Clinicians are more likely to engage in a programme that revolves around the quality of services, and better care is typically less wasteful, so as one participant put it, ‘if you focus on quality, money will fall out’ [spending will reduce]. Consultants will often drive through successful programmes with change management teams, but we also discussed the role of junior doctors, nurses and therapists, who frequently witness low-value care and understand how to fix it. We know that substantial changes in practice can be delivered as we have seen, for example, in generic prescribing, reduced length of stay and the move towards day case surgery.

Doctors’ leaders have accused NHS bosses of shrouding controversial plans for £500m of cuts to services across England in “totally unacceptable secrecy”. Patients deserve to know how hospitals being told to “think the unthinkable” as part of the savings drive will affect their access to healthcare, the British Medical Association (BMA) said on Friday.

The doctors’ union voiced its frustration after trying but failing to obtain details of the cuts that are being planned in the 13 areas affected by the “capped expenditure process” (CEP), despite the NHS’s duty as a public body to respond to freedom of information requests.

NHS bodies in just eight of the 13 areas replied, and none gave anything other than vague, general details about what cuts were under consideration.

“Whilst this large study has found an association between moderate weekly alcohol consumption and a reduced risk of diabetes, this alone does not prove a causal link.

“Establishing a biological mechanism for how this protective effect might work is key to understanding the findings of these types of study.

“Researchers looked at the association between diabetes onset and lots of different categories of drinking behaviour, which increases the chance of claiming at least one association is statistically significant, when actually it isn’t.

“Whilst drinkers may want to raise a glass upon hearing this news, alcohol has been linked to the increased risk of alcoholic hepatitis, liver cirrhosis and several cancers.  Further research will help us piece together the complex relationship between alcohol consumption and diabetes.”

NHS Digital will go to tender for a new national cyber security system in response to critical internal review, that recommended strengthening cyber security |via HSJ

The agency charged with protecting the NHS from cyber attacks is planning to build a new ‘security operations centre’. NHS Digital has published a request for information, seeking a “strategic partner” to improve its cyber security both internally and as part of its services across the NHS.

The partner would help build a security operations centre to bring together and improve many of NHS Digital’s “disparate” cyber services, including detecting threats, responding quickly and educating trusts.

The new system would provide a more advanced, data analytics driven threat intelligence service, designed to catch cyberattacks early.  Further details of the enhanced cybersecurity set up are expected later in the year, when NHS Digital goes out to tender.

The new centre is expected to be up and running by spring 2018.

A report from the Education Policy Institute has found that 12% of  child mental health inpatient units failed to meet basic requirements for staff to patient ratios.

Nearly a quarter (24%) of units struggle to employ permanent staff – up from 17% since 2014/15. Temporary bank and agency staff make up 19% of child mental health inpatient pay costs.

Staff shortages affect the quality of patient care, so a sustained focus on recruitment of skilled staff to work in child and adolescent mental health services is needed, recommends the report.

Findings from US observational study suggest E-cigarettes appear to have helped to increase smoking cessation at the population level.| OnMedica |BMJ

Researchers have looked at whether the increase in the use of e-cigarettes in the US was associated with a change in overall smoking cessation rate.

They drew on responses to five population surveys from 2001 to 2015. E-cigarette users were identified from the most recent survey (2014-15) and smoking cessation rates were obtained from those who said they had smoked cigarettes in the preceding 12 months. Rates from this most recent survey were then compared to those of four earlier surveys.

The 1.1 percentage point difference might appear small, but it represents approximately 350,000 additional US smokers who quit in 2014-15, emphasise the researchers.

This review provides an overview of the scale of inpatient falls and the benefits to the NHS if the rate of falls was reduced in hospitals.

Full report: The incidence and costs of inpatient falls in hospitals

Research suggest that using money to buy time can protect people from the  detrimental effects of time pressure on life satisfaction. | story via OnMedica 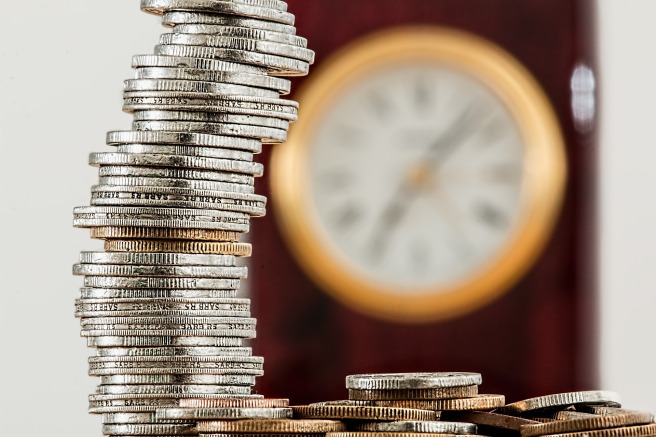 Using money to free-up time rather than spending it on material goods is linked to increased happiness, according to new research published in the Proceedings of the National Academy of Sciences.

In an experiment, psychologists at the University of British Columbia in Canada said that individuals reported greater happiness if they used £30  to save time – such as by paying for household chores to be done – rather than spending the money on books, clothes or wine.

More than 6,000 adults in the US, Canada, Denmark and the Netherlands were asked questions about how much money they spent on buying time. The researchers found that fewer than a third of individuals spent money to buy themselves time each month. Those who did reported greater life satisfaction than the others.

Psychologists say stress over lack of time causes lower wellbeing and contributes to anxiety and insomnia.

‘Behind Closed Doors’ argues that the hard truths learned through the Francis Inquiry are in danger of being forgotten in the light of unprecedented, continuing, and seemingly endless service pressures | The Point of Care Foundation

The Point of Care Foundation calls on organisations to prioritise staff experience and strengthen efforts to protect staff from stress and burnout, because the way staff feel at work affects the way they care for patients.

The briefing presents evidence on current pressures and staff experience:

The Point of Care Foundation wants to see every patient treated with kindness, dignity and respect all of the time, but in an environment in which staff themselves don’t feel cared about, it is hard to deliver personalised care.  A positive staff experience is fundamental if staff are expected to be at their best with patients.